The Ultimate Démarche: France Wants to Oust English from EU 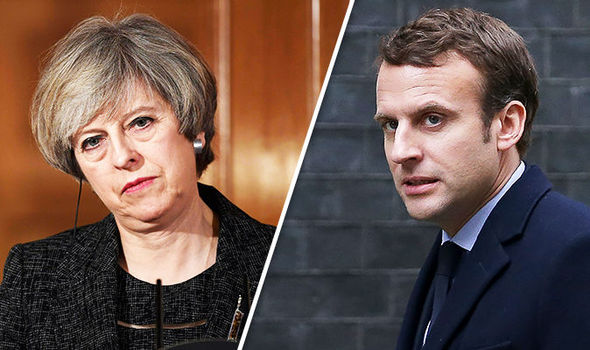 With the U.K. negotiating to leave the European Union next spring, French President Emmanuel Macron has suggested making French the lingua franca of the EU instead of English.

However, replacing English will not be that easy for the soon-to-be 27-country bloc of the EU. Its 24 official languages produce 552 translating combinations—an impractically large number that demands a shortcut. According to official statistics, English is by far the leading language taught in countries belonging to the EU. Over 80% of primary school children and over 95% of secondary school students across the bloc learn English before any other language. Still, Brexit means a downgrading for English. Today it’s the official language for 12.8% of the EU’s 511 million people, but after Britain leaves it will be the second official language in just two countries: Ireland and Malta.

Lithuanian President Dalia Grybauskaite says any decision regarding the bloc’s linguistic regime cannot be “divorced” from reality. “English is the most popular language of communication in the EU, and people will continue to use it, especially given that it is one of the official languages in Ireland and Malta,” she says.

A more modest, but perhaps not less daunting, challenge is improving the use of English within the EU. The bloc’s main translating body says 81% of EU documents are drafted in English, 5% in French, 2% in German, and the rest in the 21 other languages. Yet only 2.8% of EU staff are British. This imbalance prompted English translator Jeremy Gardner to write a handbook of words and phrases frequently misused in the EU. Gardner says that many odd phrasings are the result of half-translations from French.

One Macron ally in the battle to restore French is European Commission President Jean-Claude Juncker, a native from neighboring Luxembourg, who frequently delivers public remarks in French and German. “Why would Shakespeare’s language be superior to that of Voltaire?” he recently asked on French TV. “We are wrong to have become so Anglicized.”